In late November 1999, Warren Buffett wrote an article for Fortune Magazine along with a co-author, Carol Loomis, who was the senior editor-at-large for that publication at that time. In that article, he made a number of predictions and observations about the stock market, national GDP, interest rates, and investor habits during prolonged periods of positive market performance.

While it may not have been the first time he used or even discussed what he has since described on multiple occasions as his “favorite market indicator,” it is one of the earliest discussions at length of the multiple factors that play into the now-famous metric that is making the rounds in the media headlines this November, 18 years later, as analysts happily warn that the start of the holiday season likely heralds some incidents of, well, “the-sky-is-falling.” Soon, anyway. Seriously. Soon. They’re thinking. Maybe. And on it goes.

So What is Everyone Really Talking About?

It’s easy to search “Warren Buffett’s Favorite Market Indicator” and get this definition (courtesy in this case of MarketWatch.com):

The Buffett Indicator is the total market capitalization of all U.S. stocks relative to the country’s gross domestic product (GDP). When that ratio is in the 70-80% range, it’s go time. When it moves well above 100%, it’s time to tap the brakes.

At time of publication, that metric is hovering around 139%, which within six percentage points of where it peaked in 2000 just prior to the dot-com bubble’s demise. Not surprisingly, with these kinds of numbers and Wall Street’s extended bull run, some analysts are starting to get antsy. This makes investors antsy, albeit apparently not antsy enough to pull out en masse as yet. That’s good news for anyone who is still in the race, but it means it is time to start watching the metrics and start making some hard decisions.

Those hard decisions are going to be especially hard because this bull run has been so long. JP Morgan Asset Management portfolio manager Susan Bao described it mid-October as “the most-hated bull market in history because a lot of people missed it.” She went on to kindly note it was also an “ugly bull market” because so many events have shaken investor confidence, but not quite enough to reverse the trend. These events may have, in fact, inured many investors to the threat of the things actually ending and could make the correction even harder on everyone involved than it would otherwise have been.

But let’s get back to Buffett. This is his market indicator, not Ms. Bao’s.

In his 1999 article, Buffett described recent positive market performance, noting that due to the recent positive market movements, “Investors in stocks these days are expecting far too much.” He referred back to market movements in 1981 and 1982, when profits were falling, saying, “As is typical, investors projected out into the future what they were seeing. That’s their unshakable habit: looking into the rear-view mirror instead of through the windshield. What they were observing, looking backward, made them very discouraged about the country.”

Later in the same article, Buffett added to this description of investors’ natural human tendencies to look backward in order to predict the future, saying, “Today [November 1999], staring fixedly back at the road they just traveled, most investors have rosy expectations.” He went on to say that these rosy expectations were, in his opinion, far too rosy. “You cannot expect to forever realize a 12% annual increase – much less 22% - [both common, publicly stated predictions at the time] in the valuation of American business if its [U.S.] profitability is growing at only 5%...a pretty darn good [GDP].”

“The inescapable fact is that the value of an asset, whatever its character, cannot over the long term grow faster than its earnings do.”

He then went on to warn against “riding the wave” in the “information revolution,” (read: the internet) which, he said, he “wholeheartedly believed in” but did not believe would ultimately make very many people rich. Depending on how you decide to trace any given individual’s path to wealth, you might argue he was right or wrong on that count.

Philosophical debate aside, however, Buffet’s market metric had been explained and expounded upon in detail and, in the process, he had identified a dangerous investor trait that most of us view as wisdom rather than folly: the desire to look back at the past to predict the future.

So Where Does This Leave the Savvy Self-Directed Investor?

If you are like many self-directed investors, you probably are patting yourself on the back right now because while you almost certainly have some portion of your portfolio in the markets (we have very few members in SDI Society who report eschewing Wall Street entirely), you also are happily, solidly sunk into various forms of alternative assets like real estate, mortgage notes, equity funds, and maybe even venture capital or precious metals.

Does this mean, then, that you can lean back, watch this all play out, and pick up the pieces when the sky does actually hit the ground?

Certainly, if your portfolio is diversified into those simplest, safest, and strongest of assets, asset-backed investments including mortgage notes and cash-flowing rental properties, you are insulated to a degree. However, the likely spectacular end to this bull run, when it comes, may not be something in which you wish to participate actively. So you might be at least considering selling off some assets while they are still heading upward.

More importantly, however, is how the correction, whatever form and whatever extent it ultimately takes, may affect the U.S. housing market. Already trending toward becoming a “nation of renters” and fending off a looming housing affordability crisis across most of the U.S., have no doubt that U.S. housing trends will be directly affected by a financial markets correction and will immediately react to the subsequent plunge in investor confidence.

That’s a good thing, as long as you’re looking ahead instead of behind when it happens.

The stability of real estate as an asset class relies heavily on there being demand for product, not dissimilar from any other asset class. Ask any real estate agent trying to sell you a house, and they’ll tell you the best thing about real estate is that there is always demand. After all, it is a necessity of life (shelter) and “They’re not making any more of it!”

However, investing in well-collateralized assets that will withstand a steep downswing and cash-flowing properties that will be accessible and affordable to the population that needs them for shelter, will be the key to profitably, productively weathering the coming storm. And I’m with the media: It’s coming, although honestly, probably not before the New Year.

And if you’re into new construction, commercial development, or bitcoin and precious metals, take the same analytic approach there as well:

If things change for the worse in terms of consumer confidence and the nation’s consumers’ finances, what will happen to the demand for your investment?

There are plenty of options out there that allow for this type of stability while still offering higher-than-average returns. 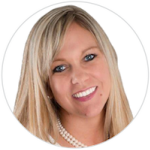 Carole Ellis serves as Editor-in-Chief of Self Directed Investor News, the top news publication in America for self-directed investors. She is also co-host of Self Directed Investor Talk. Carole has served as the editor of the Bryan Ellis Investing Letter, a newsletter for real estate investors with over 700,000 subscribers worldwide. She’s editor-in-chief of Think Realty, America's most successful print publication for individual real estate investors, and she's contributed to Real Estate Income Monthly, The Huffington Post and others. She is a former editor of the Research magazine at the University of Georgia. Carole studied Botany and English Literature at the University of Georgia.

Please log in again. The login page will open in a new tab. After logging in you can close it and return to this page.